We were succeed in breaking the slovak record

There was announced the attempt to make record ́ 100 tanks for Banská Bystrica ́ on the initiative of our member Jaroslav Kršiak in 2017. The point was in number of participated functioning tanks and tracked vehicles on the one place. All members of the club were co-organizers in connection with participation called by ́Klub nezávislých modelárov / The Club of independent modellers/ ́. The attempt to record took place on the 29th of August in the compound of Memorial SNU during celebrations of 75th anniversary of SNU followed traditional accompanying event ́The modellers ́day in Banská Bystrica ́ - the fifth year. Our goal has been reached. To sum up, the number of tanks on the surface was 118 tanks and tracked vehicles. As the result of this fact, this statement was kept a record into the Slovak book of records. Members of club arranged new name - ́Klub modelárov - Sto tankov ́.

Notes to official websites of the Slovak records: Slovenské rekordy 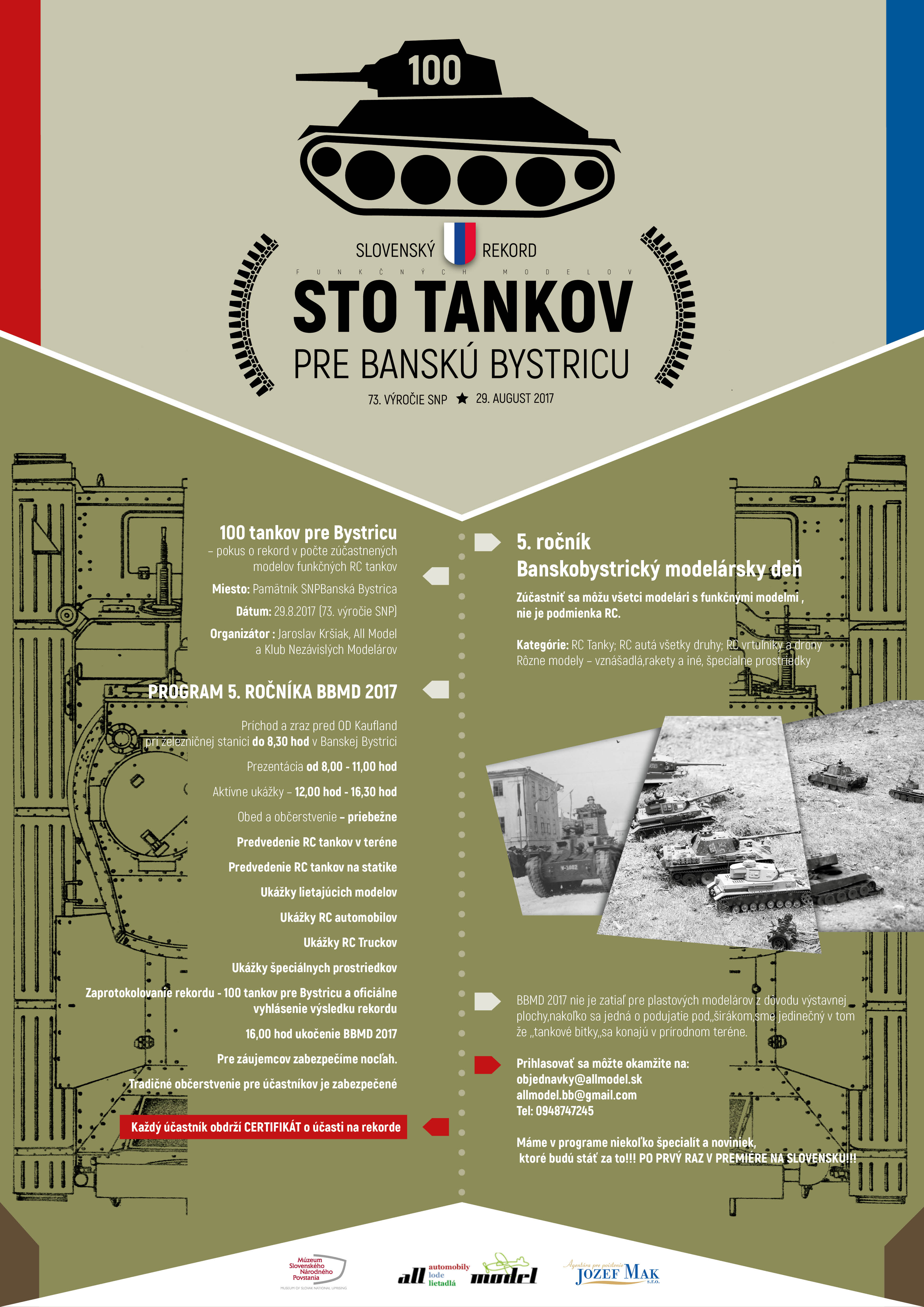 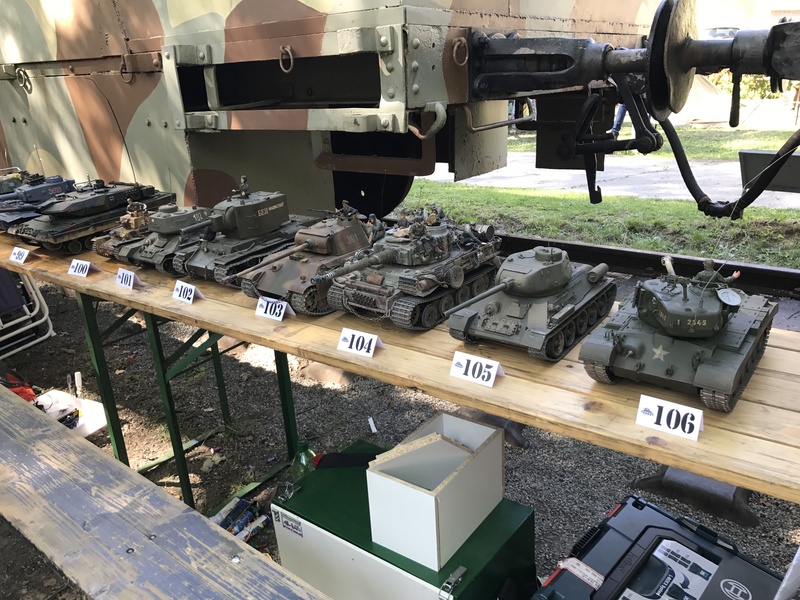 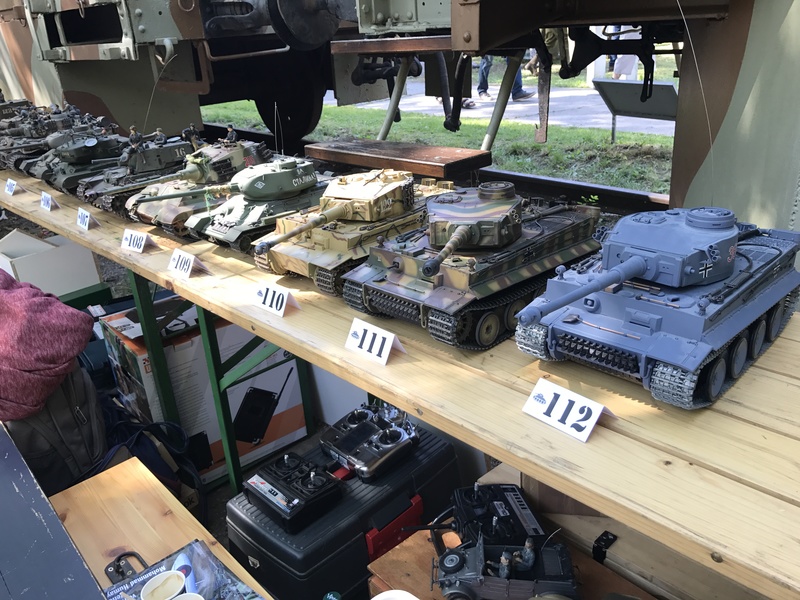 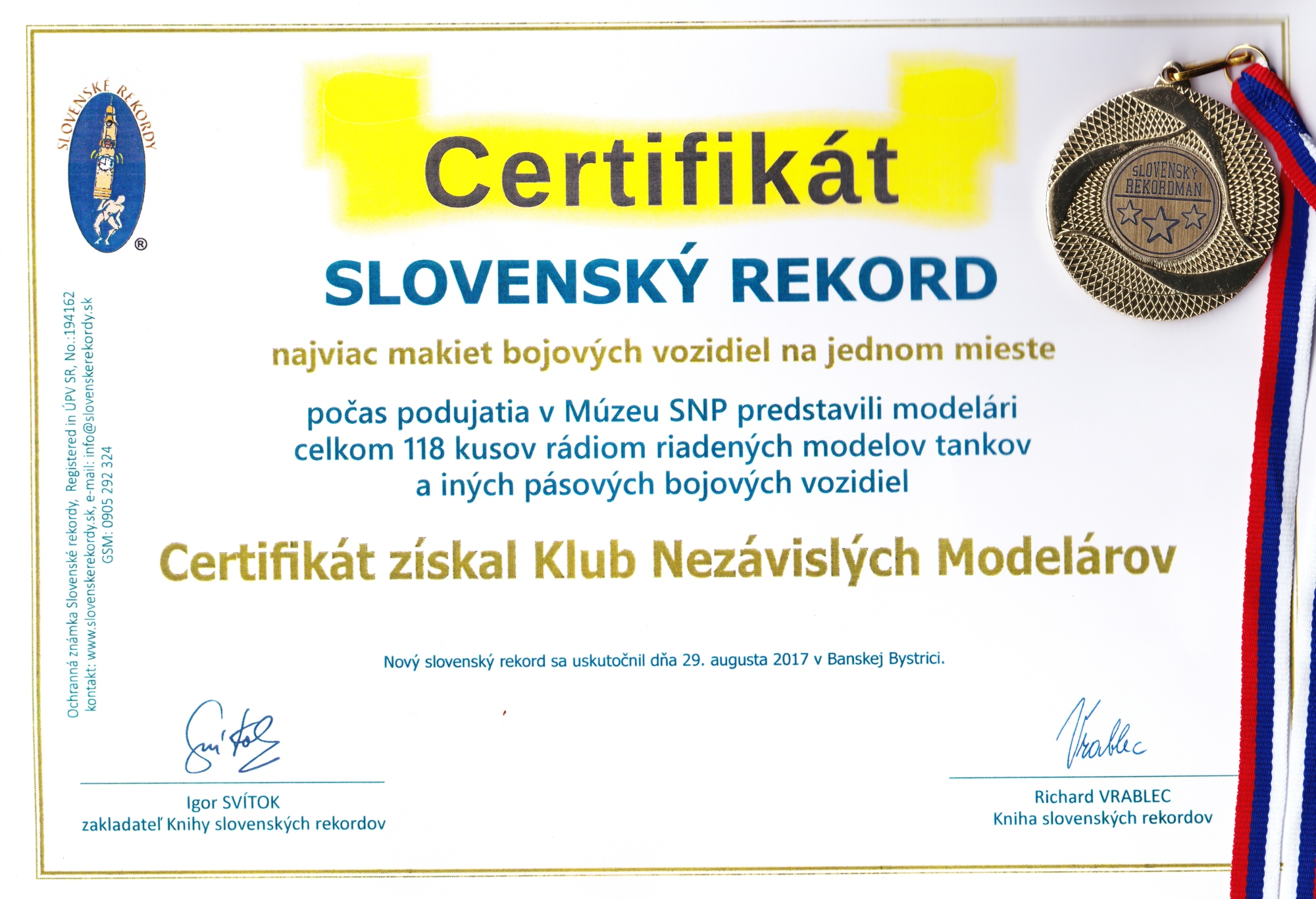 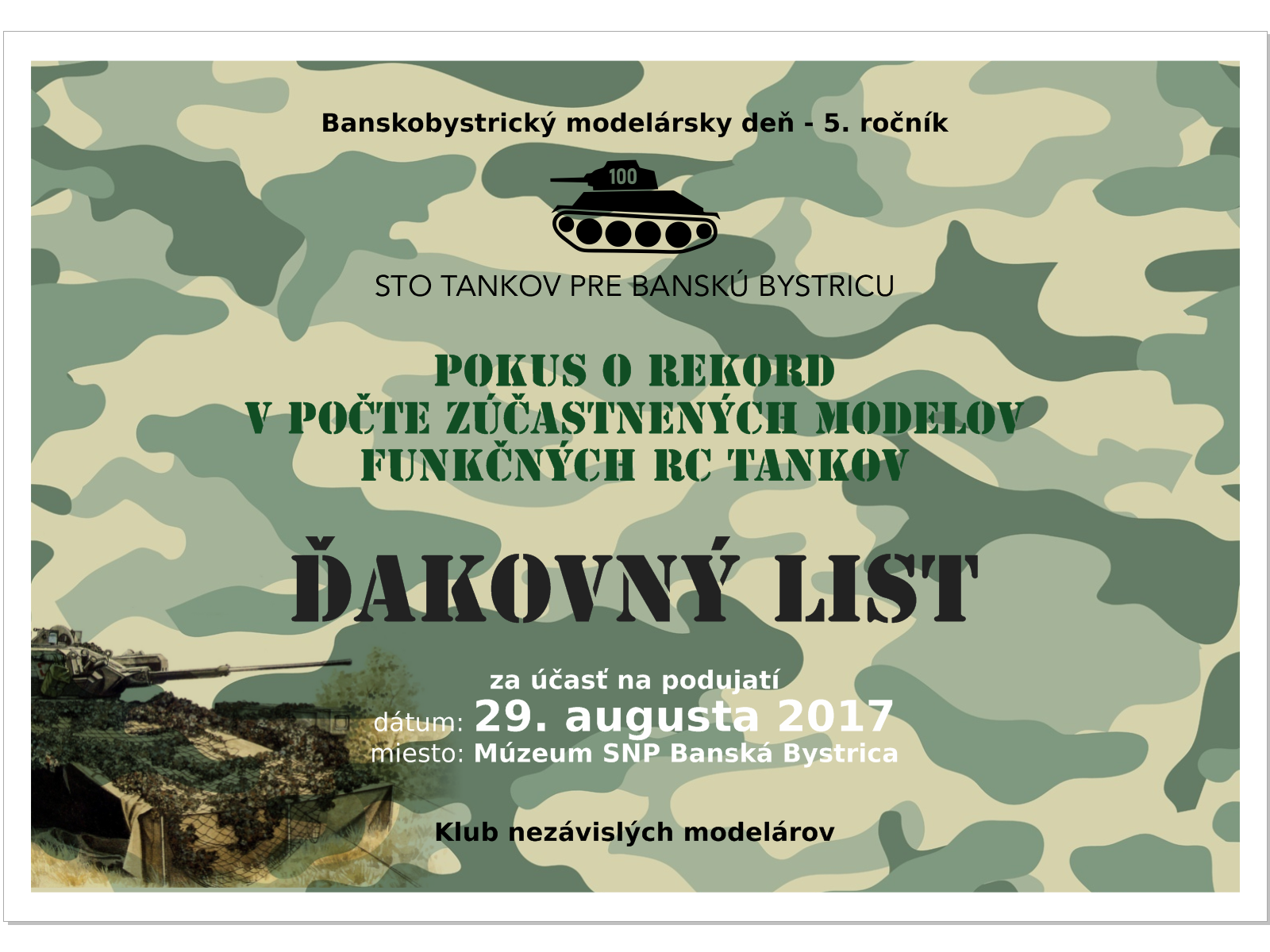 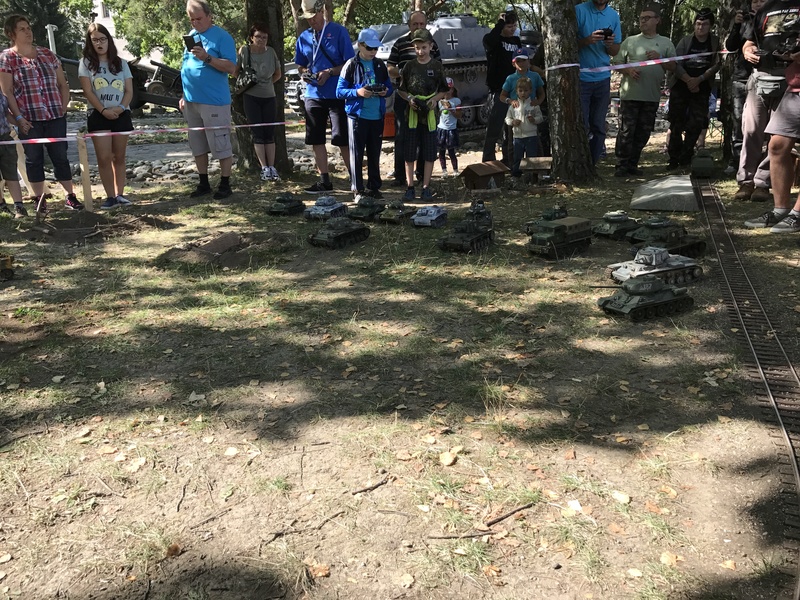 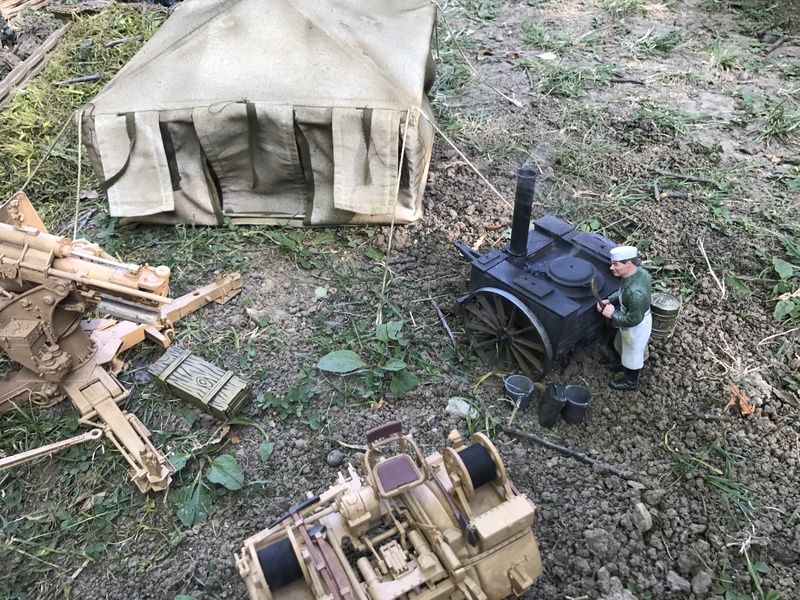